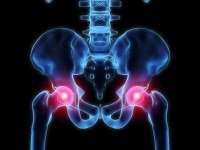 The defects were first documented by the Australian National Joint Replacement Registry in early 2008. The evidence presented, clearly had demonstrated a very high rate of failure concerning this device. Australia withdrew this device from the market in December 2009. Unfortunately, the United States Food and Drug Administration elected not to participate in the recall. Hospitals and hip surgeons in the United States had been warned about the defects of this device, but continued to use it anyway.

Because of this, hundreds of patients, here in the United States have been forced to undergo additional extensive revision surgery, in order to replace this defective device. It has been reported that Depuy Orthopedics Inc.( a division of Johnson and Johnson) warned hip surgeons that the ASR implant cup was failing in patients long before what was expected and advertised .The failure rate was now about a couple of years, as opposed to the advertised fifteen years. Depuy’s failure to conduct adequate testing, resulted in needless pain and suffering for hundreds of patients.

If you have had hip replacement surgery as far back as 2003, check with your surgeon or hospital to find out what brand name device was used. So far, the F.D.A. has received about 300 complaints from patients that had the Depuy device surgery in 2008. Despite all of this, only now, as of March 2010, has Depuy removed this device from the market. So far there does not appear to be a class action lawsuit filed at this time. Information is now coming in very quickly from patients, who have been victimized by the Depuy Hip replacement. Typical symptoms reported, but not necessarily limited to, include unexplained hip pain, thigh pain, groin pain, pain with walking, pain while rising from a seated position, and bearing weight.