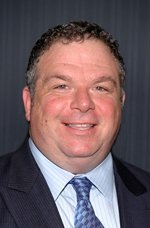 Exposure to lead comes from several sources, primarily the paint used in housing, leaded gasoline, and lead-contaminated drinking water. Of these sources, lead paint and lead paint dust are the most common. Lead paint dust is actually more dangerous than lead paint chips because smaller particles of lead are more easily absorbed.

Despite a worldwide movement to ban the use of lead in paint, paint manufacturers and the lead industry funded a massive effort in the United States to delay any sort of legislation regarding lead. By 1971 it was estimated that two hundred children a year died from lead poisoning. In 1971, Congress finally took action by passing the Lead Based Poisoning Prevention Act restricting residential use of lead paint and banning its use on toys and children’s furniture. Unfortunately, marine paint, farm equipment paint, automobile paints and industrial finishes are not covered by this Act and continue to contain lead.

By the time the United States caught up with European lead regulation, millions of tons of lead had been applied to the exterior and interiors of buildings, cribs, toys, and porch railings. One group estimates that there are 3 million tons of lead in the environment and 57 million housing units that still contain some amount of lead paint. Most housing built before 1978 has some lead paint. Houses built before 1950 are potentially a greater risk as older paints had higher concentrations of lead.

It is estimated that 1 out of every 10 preschoolers suffer from some form of lead poisoning. Children are at greater risk than adults for lead poisoning because their bodies absorb up to 50% of the lead they ingest while adults retain only 10%. Children age seven and younger are in a special risk group due to developmental difficulties associated with lead exposure. Even low levels of lead can block an infant’s mental development. Lead exposure is linked with reduced intelligence, learning disabilities, low graduation rates, and criminal behavior.