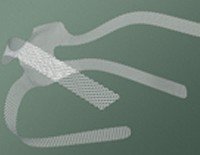 If you have a transvaginal mesh implant to help prevent pelvic organ prolapse (POP) and/or stress urinary incontinence (SUI), you may be at risk.

After releasing warnings about “rare” complications from vaginal mesh implants in October 2008, the U.S. Food and Drug Administration now warns of serious dangers associated with the medical device. The agency’s July 2011 update was released after a rise in complications connected with prolapse repair.

The latest warning from the FDA only applies to surgical mesh implants for prolapse. However, the agency is investigating possible problems with use for urinary incontinence.

“Complications have become so prevalent that the FDA has called for a September meeting with outside experts to make recommendations regarding the safety and effectiveness of transvaginal surgical mesh,” said Ricky Bagolie, an attorney with Bagolie Friedman Injury Lawyers who reviews and handles cases involving the implants.

The FDA estimates complications begin in about 10% of women within a year of getting the device implanted, which is done through the vagina or abdomen. When problems occur, several surgeries are often needed to remove the mesh. But complete removal isn’t always possible, so complications and pain can continue.

If you had POP surgery and have experienced complications, your pain is shared by many other women. From Jan. 1, 2008 to Dec. 31, 2010, the FDA received 2,874 reports of complications associated with surgical mesh devices, with 1,503 reports related to POP repairs and 1,371 related to SUI repairs.

Research by the FDA also revealed:

A single brand of mesh has not been linked to complications from transvaginal mesh implants. Pelvic mesh manufacturers include Johnson & Johnson, Boston Scientific, C.R. Bard and American Medical Systems.