Get The Legal Guidance You Need to Take Back Your Life Today …Without Spending a Single Cent! 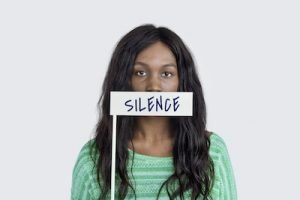 In the United States, employers numbering in the thousands, have a terms, which are being considered as loopholes to employment contracts referred to as “forced,” “binding,” or “mandatory arbitration.” This fine print prevents employees from suing companies in court for discrimination, sexual harassment, and even assault, then prohibits victims from speaking publicly about their ordeals. But consumers – as well as the federal government – are finally doing something about this erosion of our Constitutional rights .

Forced Arbitration Hurts Those Who Are Already Victims 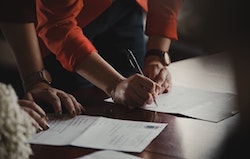 Eighty-one companies in the Fortune 100 have used arbitration clauses in consumer transactions.

Forced arbitration clauses, now used by many companies, prevent a wronged party from bringing a case to court and are now found in over 56 percent of employment contracts. Instead, the dispute must be settled in secret arbitrations, usually by an arbitrator chosen by the company. In sexual assault or harassment cases, these forced arbitration clauses can prevent harassers from facing public or legal consequences, opening the door for serial and long-term harassment.

The Equal Employment Opportunity Commission estimates that anywhere from 25 percent to 85 percent of women have experienced sexual harassment in the workplace. The number fluctuates because the Commission says up to 90 percent of abuse incidents go unreported. Many employees fear retaliation if they speak out, including losing their jobs.  In one famous example, former Fox News anchor Gretchen Carlson sued Fox News after she was fired for allegedly refusing sexual advances from company Chairman Roger Ailes. Fox tried to have her claims adjudicated in mandatory closed-door arbitration instead of court, effectively requiring that the details of her case remain hidden from the public. After Carlson came forward, many more women accused Roger Ailes of sexual harassment.

This law requires that prospective plaintiffs, not the defendants, choose whether to litigate their sexual assault or harassment claims in court or through arbitration. Individuals are no longer forced into arbitration even if they previously signed an agreement limiting their legal remedies to arbitration only. Also, employees may choose to bring suit individually or through a class-action lawsuit, again regardless of whether the individual signed an agreement waiving their right to collective legal action. 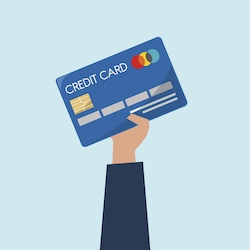 Chase credit cards reintroduced arbitration clauses in their contracts in 2019.

The fight for your rights isn’t over! Arbitration now extends to legal disputes with consumers, employees, healthcare facilities, and more. Here are just some of the products and services sneaking forced arbitration clauses into contracts:

American companies that include forced arbitration clauses and class action waivers in employment contracts increased to nearly 50 percent in 2018.

Just What IS Forced Arbitration, Anyhow?

Learn in under three minutes how Americans get the short end of the stick any time they sign a forced arbitration agreement.

The Economic Policy Institute found that “consumers only win relief in 9 percent of disputes” in arbitration cases.